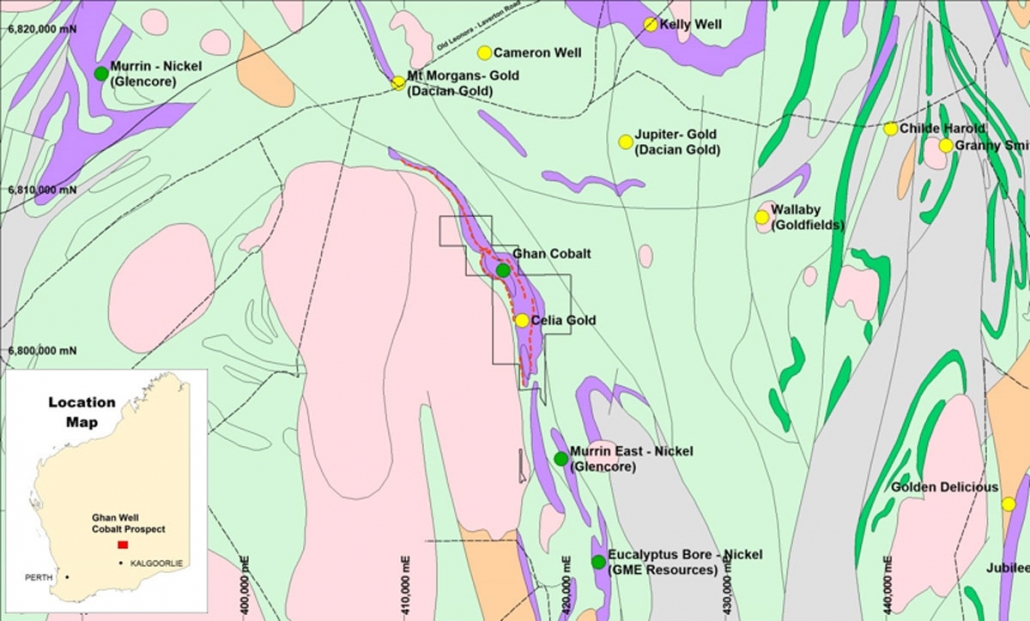 The main zone of mineralisation extends over 700 metres north-south and 850 metres east-west and occurs as clays (oxide) to saprolitic ultramafic overlying fresh ultramafic rock. The overall shape of the mineralisation is a flat-lying, undulating body, separated into two main zones in the south which coalesce into a single zone to the north. The mineralisation is of variable thickness ranging from 1-2 m to 40 m.

The deposit has only been shallowly drilled in most areas and the potential for nickel and cobalt mineralisation remains open along strike for 3 kilometres to the north and 6 kilometres to the south. Immediately south of the new Inferred Resource the ultramafic host rock becomes significantly wider (increasing in width from 750 metres to 1,650 metres) providing substantial scope to increase the resource with further drilling.

The Company is examining options for adding value to the project which may include preliminary metallurgical test-work to establish metal recoveries and rock characteristics prior to further drilling. The proximity to processing infrastructure provides the potential for multiple development options if an Indicated Mineral Resource is defined.

Ghan Well is the second nickel-cobalt Inferred Mineral Resource identified by White Cliff Minerals in the same region and adds to the recently announced Inferred Mineral Resource identified at Coronation Dam consisting of 5.6Mt at 1.0% nickel and 0.08% cobalt (above a cut-off grade of 0.8% nickel) (ASX announcement 25 March 2019). Both deposits are within trucking distance of existing processing infrastructure.