The project consists of one granted tenement (12 km2) in the Laverton Greenstone belt.

The Red Flag prospect is located 24km west of Laverton in the core of the structurally complex Laverton Tectonic zone immediately north of the Mt Morgan’s Gold Mine (3.5 Moz) and 7 km northwest of the Wallaby Gold Mine (7 Moz).

Regional exploration drilling by Dacian Gold identified significant anomalism interpreted as the continuation of the Cornwall Shear Zone (CSZ) which is the dominant gold‐hosting structure responsible for the 1.4Moz Jupiter Deposit, 17km to the south of the Red Flag Prospect.

The Red Flag Prospect hosts both syenite and greenstone lithologies with significant anomalism already indentified by WCN and Homestake Gold Of Australia (HGAL) shown below. Associated with the greenstone contact.

The syenite hosted gold potential of the tenement has not been tested with drilling. 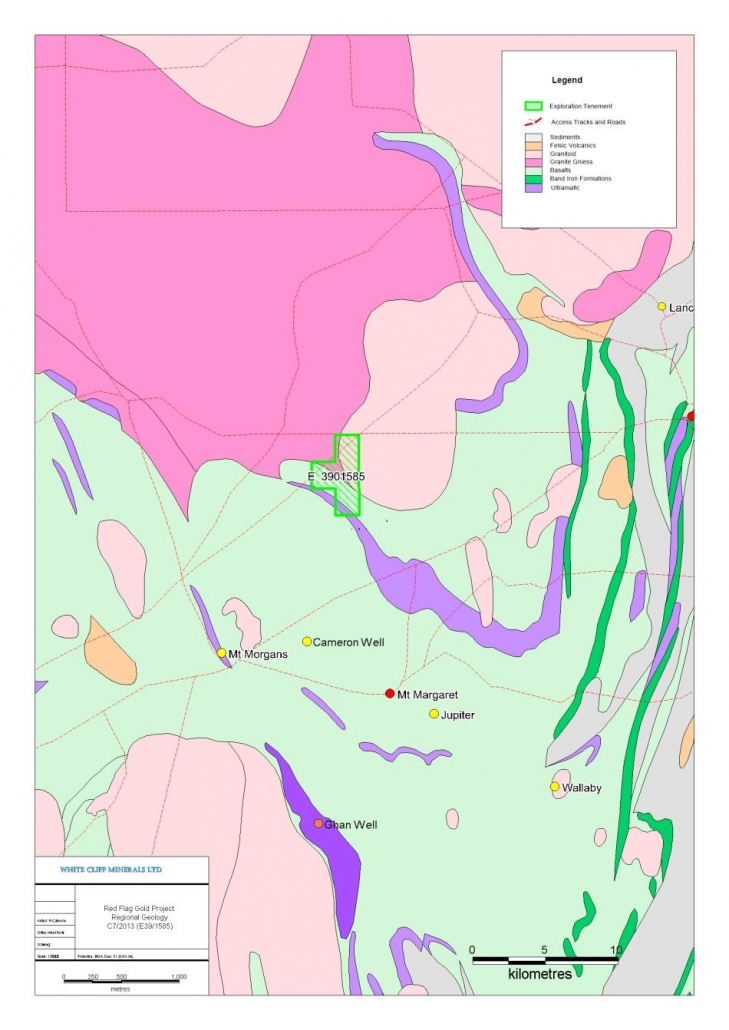 Stage 1 – Completion of the original drilling to adequately test the alternative orientation and tenure of the mineralisation already identified by the HGAL and WCN drilling. 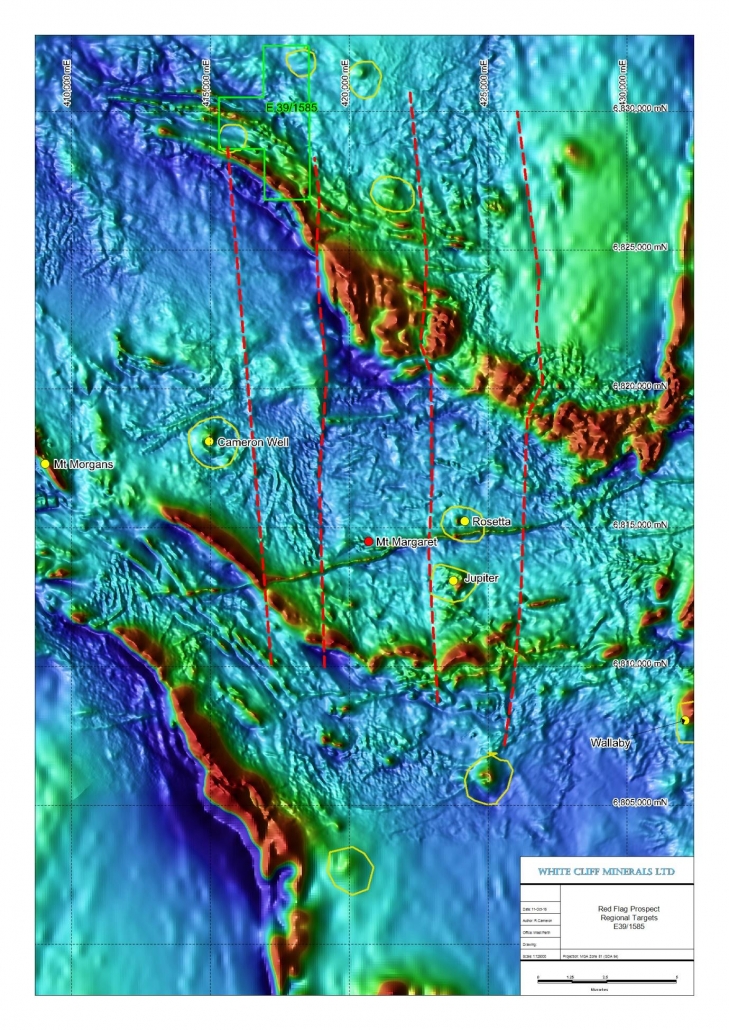